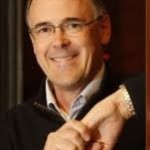 Ildefonso Hernández Aguado is Professor of Public Health at the University Miguel Hernández (Alicante, Spain). He was former Director General of Public Health at the Ministry of Health and Social Policy (2008-2011)  where he directed the preparation of the General Law of Public Health that introduced the Health Impact Assessment for evaluating the health effects of public policies and the law on tobacco control that removed all exceptions for hospitality venues and included some restrictions to smoke in open places. As Director of Public Health, he also directed the preparation of the Spanish priority on social determinants of health with the publication of the report “Moving forward equity and health: monitoring social determinants of health and the reduction of health inequalities”. He was also member of the Standing Committee of the Regional Committee for Europe (WHO), the Management Board of the European Centre for Disease Control and  of the WHO Scientific Committee: European Review on Social Determinants and the Health Divide . He has been President of the Sociedad Española de Epidemiología [Spanish Society of Epidemiology] (SEE) and is now Deputy President of the Spanish Society of Public Health and Health Administration and member of the Governing Council of the World Federation of Public Health Associations.

He is now Head of the Department of Public Health, History of Science and Gynecology at the University Miguel Hernández. He has been author of more than 160 papers in peer reviewed journals and has done several contributions to books on public health.

Any cookies that may not be particularly necessary for the website to function and is used specifically to collect user personal data via analytics, ads, other embedded contents are termed as non-necessary cookies. It is mandatory to procure user consent prior to running these cookies on your website.